With Melbourne’s temperatures continue to rise, emulating Dubbo’s environment, certain tree species will flourish while others will struggle to survive.

Large plane trees and English oaks will be replaced by more indigenous trees and species adapted to warmer climes, such as jacarandas and South American leopard trees, along the city’s streetscapes.

Tim Entwisle, chief executive of the Royal Botanic Gardens of Victoria, said the gardens’ planting strategy has evolved in reaction to climate change, with each tree now being evaluated based on its natural environment’s temperature and rainfall compared to Melbourne’s expected climate. 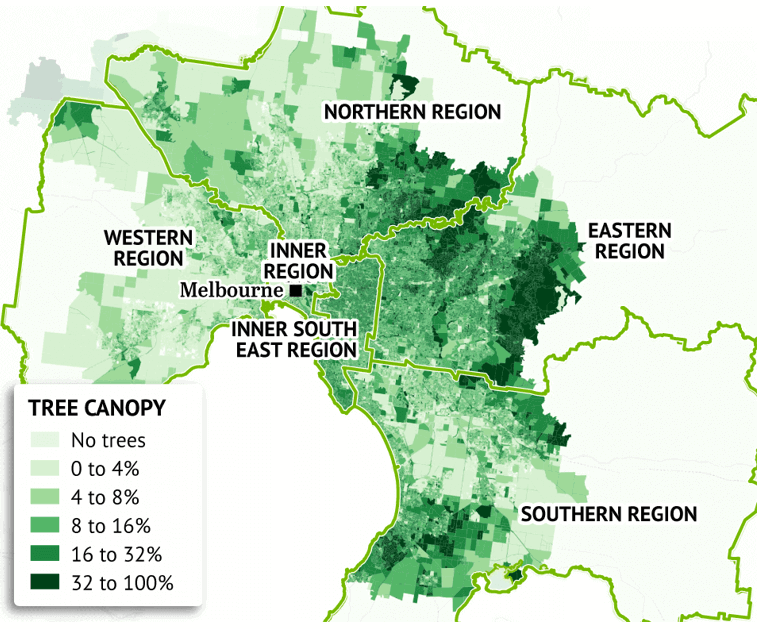 Dr. Renee Prokopavicius, a researcher, noted that while experts could propose tolerant species, they didn’t necessarily match up to the ideal species for planting in cities.

“Drought-tolerant species are frequently slow-growing and have smaller leaves, which isn’t ideal for street trees that give shade – you want faster-growing, huge, leafy trees with a dense canopy,” she explained.

Greg Moore, an arboriculture expert at the University of Melbourne, said the Sydney study revealed that native trees in Melbourne, such as shrubby grevilleas and bottlebrush, may suffer without water in the future.

Last year, the Victorian government promised $5 million to plant 500,000 trees in Melbourne’s west, which has much less canopy cover than the rest of the city.

According to a council spokesperson, boosting tree diversity is a top priority, and the City of Melbourne is importing species that can survive better with hotter conditions, including those that have never been seen in Melbourne but thrive in comparable or warmer climes in Australia or abroad.

Dr Moore, on the other hand, expressed worry that, while new trees were being planted, new developments and infrastructure projects were destroying tens of thousands of trees around Melbourne.

“You’re removing a lot of old trees and replacing them with a lot of small trees, and it’ll be a long time before those small trees make much of a difference,” he added.

Dr Moore added that due to the redevelopment of bigger, older blocks, Melbourne was losing roughly 1% of its tree canopy cover each year, which had an impact on both the environment and people’s health.

“There are essentially no trees to be seen in Melbourne suburbs,” he remarked. “And there are regions where the summer temperatures are already pretty high.”